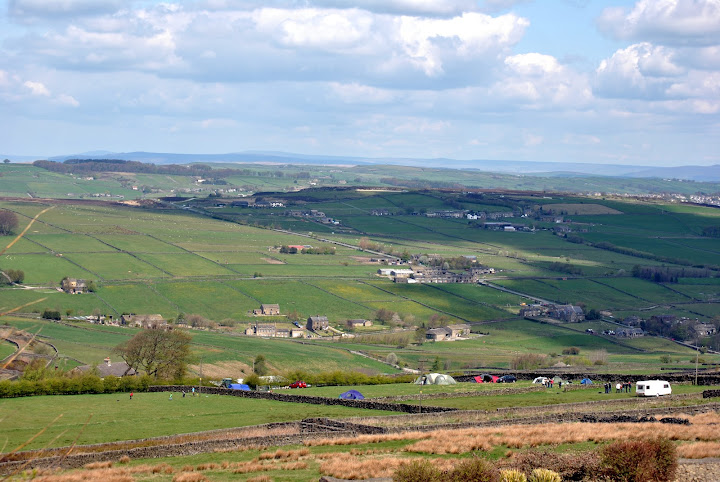 This weekend, Jet, Elizabeth and I went to Oxenhope in Yorkshire to attend CampEd12 – a (nearly) free learning festival that was organised by the most amazing Bill Lord, Dughall McCormick and Helen Daykin.  It took place on Helen’s mum’s farm, which was a wonderful backdrop for the event.

The Activities (top five as chosen by Elizabeth)

We also did the origami and I realised how I still don’t know my left from right and we really wanted to take part in Mission Explore!, Science experiments, and the star gazing – next time perhaps?!

There were quite a few different types of people at CampEd12: Teachers, non-teachers, outgoing people, shy people crazy people (the campers) and lots of amazing children.  Jet and I were so impressed at how the other children helped out Elizabeth when she needed it – included in football (especially when there’s the danger of a goal being scored against you by a five year old), helped up a hill by Joseph (who Elizabeth has a soft-spot for!).  Hopefully we have said thank you individually, but if not, then thank you again.  There should be some very proud parents out there!

A lot of the people that I have known for a while through twitter and the odd conference were there, and it was an honour to spend extended time together. Elizabeth got a bit shy at times, but has come away talking about  how much she liked ‘that tall man with the funny beard who likes Beegu’, ‘that man who was with us building the den’ and ‘that man with the hat who was with the lovely lady’ (the first was Bill, the second Dughall and I think the third were John and Lydia)!).  I really enjoyed seeing everyone in the pub on the last night, and spending time with the Allmans when we got back to the campsite – even though it took me a very long time to get the jokes!  Elizabeth was very keen to show the girls  where she was sleeping, and although I thought that a short book would be good, ‘Again‘ by Emily Gravett probably wasn’t the best idea as we most likely woke up half the campsite.

The best thing was that everyone who was there could say that they were at the inaugural CampEd12.

Stuff I waffle on about